History of the Railway

The River Thames was used for centuries as a source of drinking water for Londoners, but it was also a convenient dumping ground for sewage from households and industrial waste. With increased urbanisation, it was clear that this was becoming an enormous problem, combined with the fact that a waterborne Cholera epidemic was a constant threat to London’s population.

The 1852 Metropolis Water Act obliged the London water companies to move their water intakes upstream to avoid sewerage contamination to the water supply and reduce epidemics of cholera. This meant moving intakes above the tidal limit at Teddington, so three major water companies established works and pumping stations at Hampton in South West London.

In 1902, the three water companies came under the control of the Metropolitan Water Board (MWB) as part of London’s administration reorganisation.

Role of the railway

The great water pumping engines at the Hampton and Kempton waterworks needed huge amounts of coal to fire the furnaces to drive the engines that pumped the water to London.  The coal came on barges up the Thames for unloading at Hampton Wharf and moved by cart to the Hampton Works. Coal for Kempton was also delivered by a private siding from the London South West Railway near to Kempton Park railway station. However, a small industrial railway was thought to be the most economic method of transporting coal from the Wharf to the waterworks and in 1912, plans were approved and drawn up by the MWB to build a 2ft narrow-gauge railway.

Building and establishing the railway

The Deputy Chief Engineer of MWB at the time, estimated the cost at £17,000 for a small railway to run over some three and half miles of track at Hampton and Kempton Waterworks. In addition to moving the coal more cheaply, the railway could also be used for furnace ash disposal and reservoir maintenance work.  Normally, coal was unloaded by a steam crane at Hampton Wharf from barges, but in times of the river being in flood, or barge operator strikes, coal could be delivered via the London and South West railway although it was more expensive.

Three locomotives based on the MWB engineers’ specifications were ordered from Kerr Stuart & Company of Stoke-on-Trent and were aptly named, Hampton, Kempton, and Sunbury costing around £700 each.  Livery was green with an unusual triple striping and although running on a 2ft track, each locomotive’s width was 6ft. overall length 15 ft., with a weight of 10 tons. Only two engines worked daily, one delivering coal to boiler houses and the other on shunting duty at Hampton Wharf.  Unfortunately, no examples of the original locomotives remain.

In the 1930’s more efficient turbine pumping engines were being introduced, as well as electric-powered pumps.  Coal was also now being moved from the Thames Wharf by conveyor belt to the Hampton pumping stations so a decision was made to dismantle the MWB Railway system after a work life of 32 years.  Thames Water took over the site in 1974.

The story does not end there, because in 2003, the Metropolitan Water Board Railway Society was formed to restore and rebuild the railway on, or close to the original MWB track, bed using the original 2ft industrial gauge.

In 2012, volunteers constructed a 2ft narrow-gauge railway ‘Loop’, giving local families and visitors an opportunity to experience a steam-hauled passenger journey through the urban countryside of South West London.  Today, the railway is being constructed, managed, and operated entirely by voluntary effort, and is one of the few operational narrow-gauge railways within the M25.

Restoration work continues and HKWR has embarked on a £1.8 million campaign to rebuild the track as far as Hampton and complete their goal to provide educational opportunities that explain the original purpose of this historic railway. 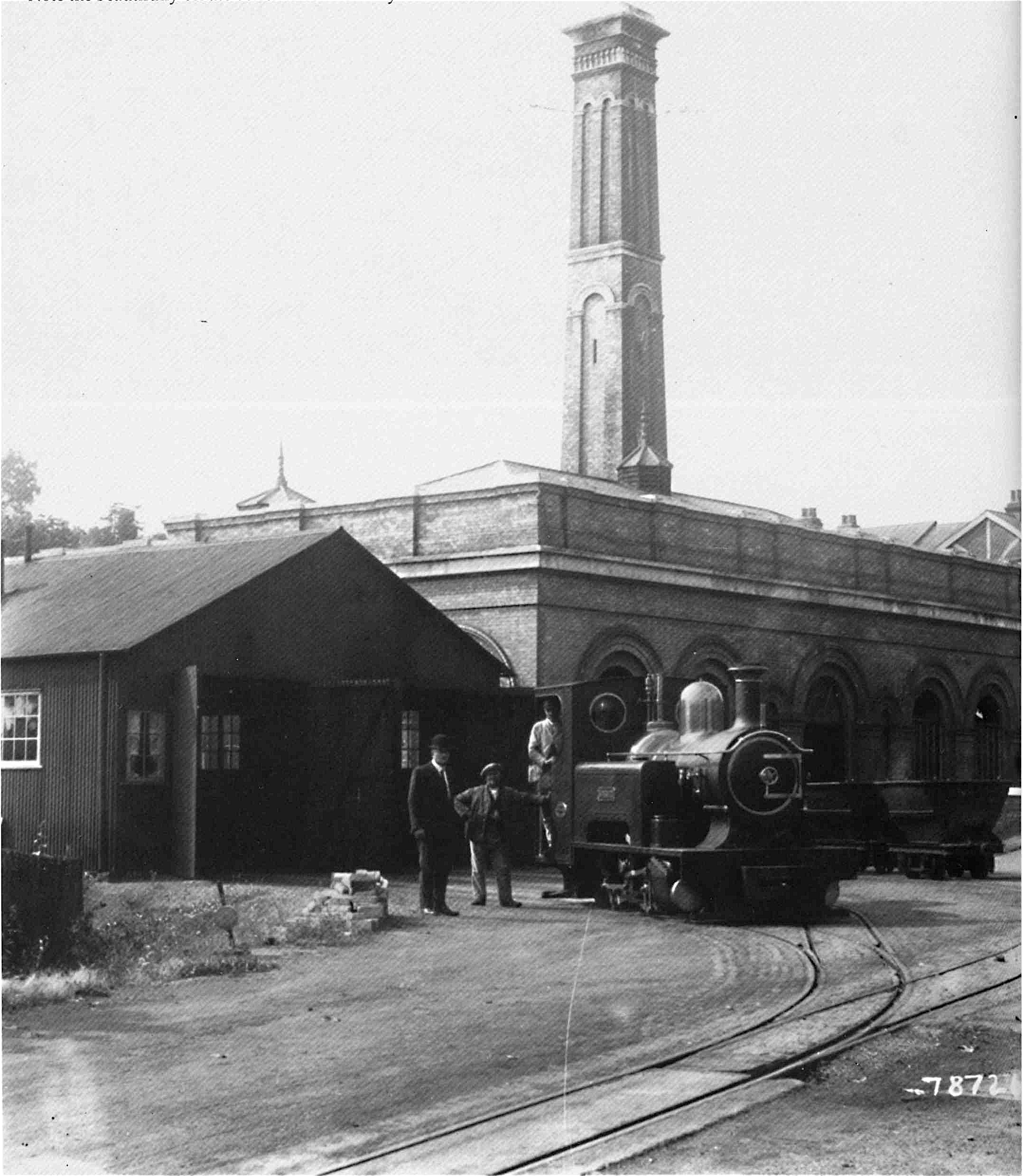 The Cornish Beam and Bull great engines at Hampton Waterworks were burning about 109 tons of coal a day to fire the furnaces at six Hampton water pumping stations and a further 38 tons at Kempton Park to help provide clean drinking water to London. 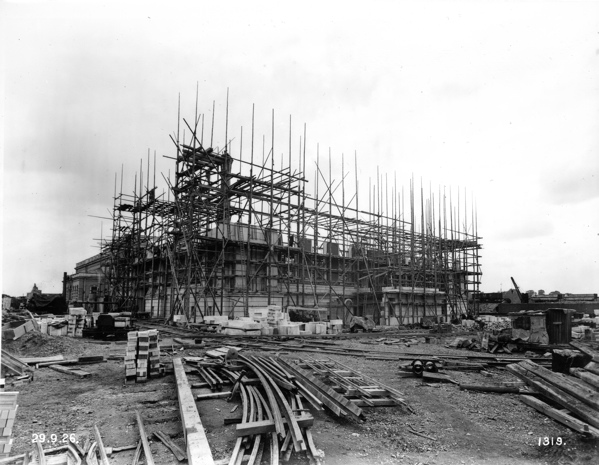 200 tons of 35lb flat bottom rail was ordered plus 320 foot of tram rails. Track was laid on Baltic Fir creosoted sleepers and work was completed by 1915. 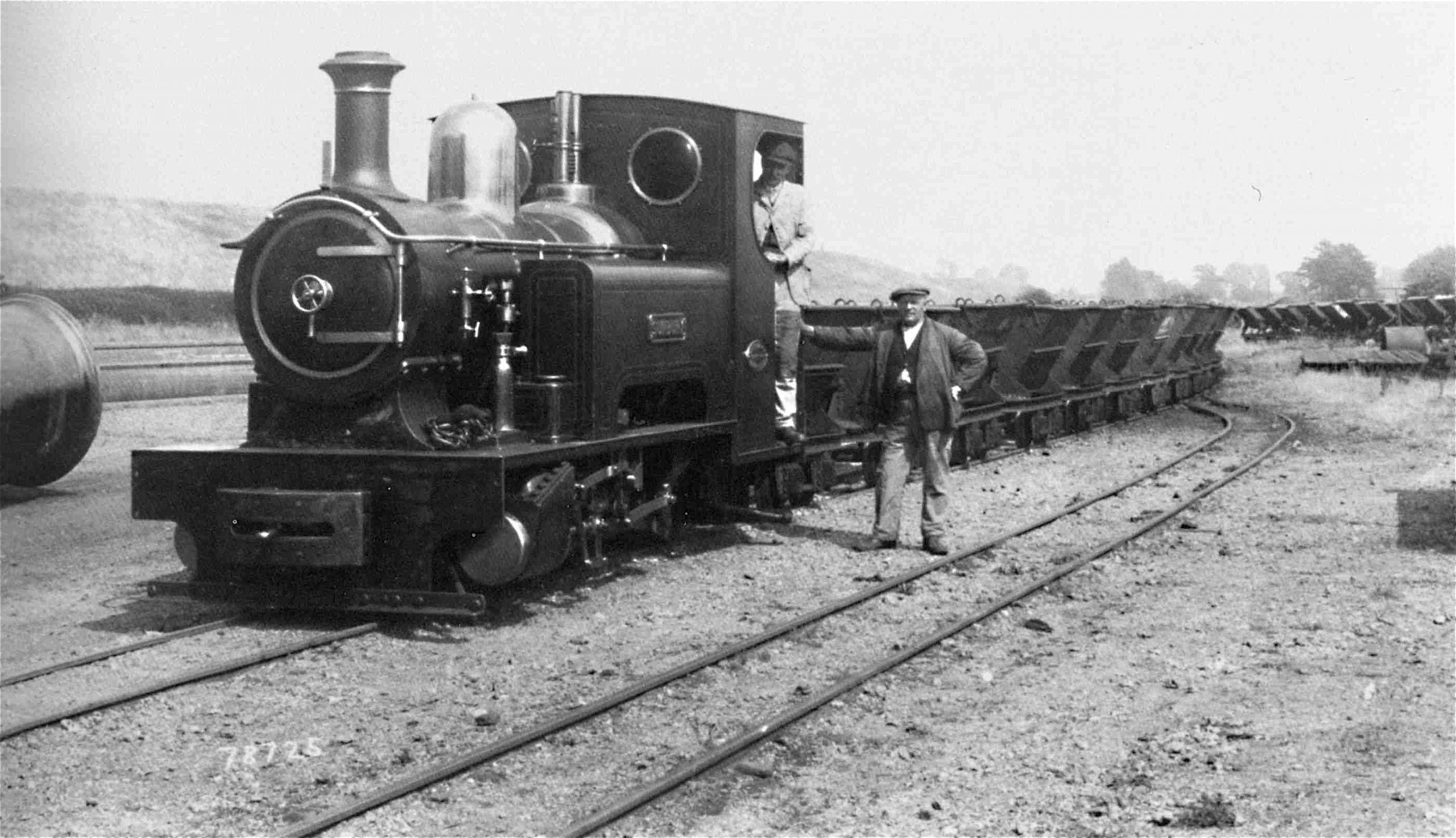 There were about 140 V-shaped tipper wagons and flat trucks and on the 15-20ft track curves, these would need to be pushed into the boiler houses by hand.  The locomotives were required to cope with the 40ft track curves and had re-railing bars fitted at both ends!